Pippa Parker Mysteries is a contemporary cozy mystery series set in the quaint English village of Much Gadding and the surrounding area. The books are listed below.

Murder at the Playgroup 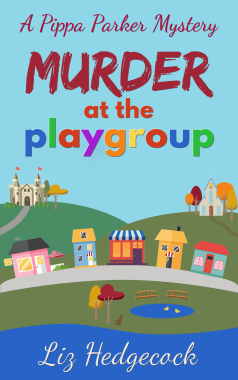 Pippa Parker never wanted to move to the chocolate-box village of Much Gadding in the first place. When she meets the locals, she’s absolutely sure. There’s just one problem; she’s 8 months pregnant.

The village is turned upside down when Barbara Hamilton, pillar of the community, is found dead at Gadding Goslings playgroup. No one could have murdered her except the people who were there. The police suspect all of them, including Pippa herself…

With a baby due any minute, and hampered by her toddler son, can Pippa unmask the murderer? Will Much Gadding return to normal? And does anyone in Much Gadding even know what normal is?

Murder in the Choir

When Pippa Parker joins the village choir, she doesn’t expect anyone to die…

No-one thinks the death of a soprano is anything but a tragic accident; everyone in the choir is too busy rehearsing for SingFest UK. With no help from the police, Pippa must investigate alone. If anyone finds out what she is up to, she risks losing both her friends and the respect of the local community.

And speaking of friends, what on earth does best friend Lila see in her new man?

A Fete Worse Than Death 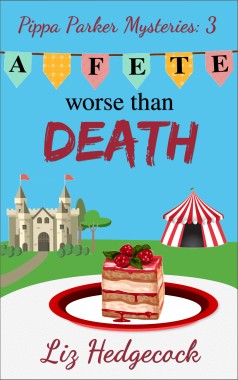 For Pippa Parker, organising the Much Gadding summer fete at Higginbotham Hall should be a piece of cake. However, when things start going wrong, a missing celebrity is the tip of the iceberg.

Two seemingly unrelated incidents later, the fete is front page news – but for all the wrong reasons. And the only connection Pippa can find is that she’ll get the blame.

Pippa needs to discover the truth to clear her name, and have any chance of working in PR again. But has she made too many enemies this time?

Murder in the Meadow

When Tony Green returns to his home village of Much Gadding, not everyone is happy – especially when he proposes a new housing development right in the middle of it. The village is divided, but that’s no reason to murder the poor man.

Pippa Parker has enough on her plate already, with a concert series to organise and the additional task of finding a suitable primary school for her son Freddie. She doesn’t have the time or the inclination to investigate a murder. But with the village in disarray and her business in danger, does she have a choice?

A wedding and … how many funerals?

Pippa Parker has decided that crime doesn’t pay – solving it, that is. She’s happily retired from detection, and busy juggling her events business with school and playgroup.

But when a dying journalist phones Pippa, she has no choice but to get involved.

It should be an easy case, since the murder took place at the offices of the Gadcester Chronicle. But everyone with a motive has an alibi. And when a near-miss happens days later, and a linked clue is left at the scene, Pippa and the police realise they may have a serial killer on their hands.

Can Pippa stop the QWERTY Murders? And can she also organise Lila’s wedding, keep Serendipity’s family in check, and stay on the right side of Freddie’s teacher? 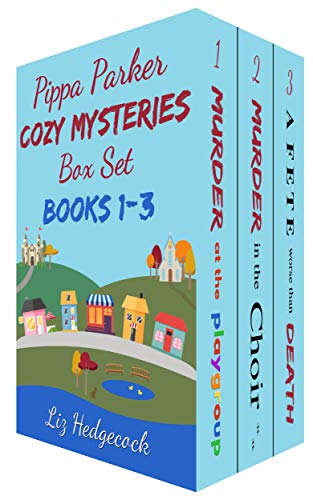