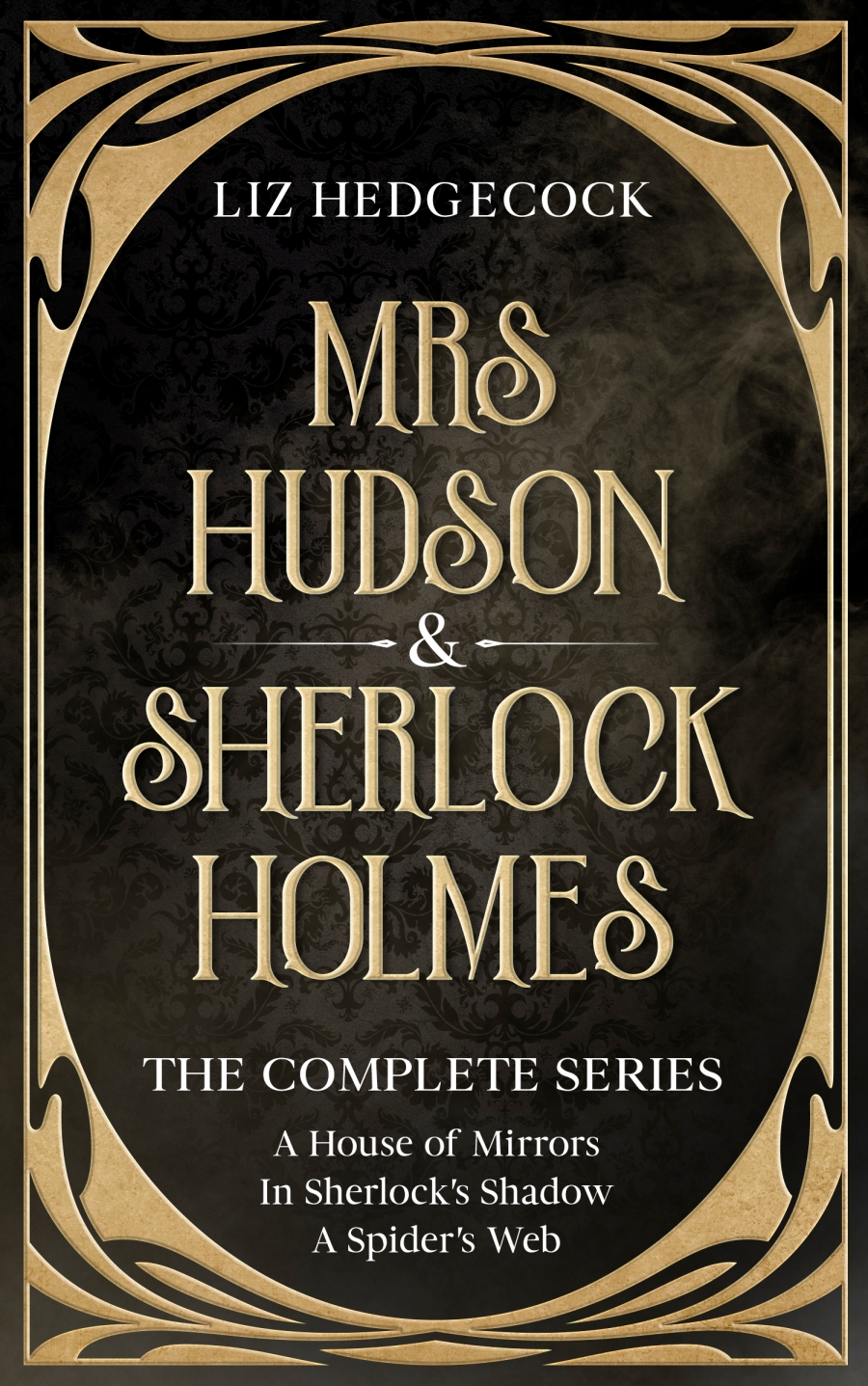 I do like a box set… As the Mrs Hudson & Sherlock Holmes series is now complete (I’m not saying there won’t be spinoffs, mind), I decided it made sense to offer a box set. For Kindle Unlimited readers, the whole series takes up one slot instead of 3, and for ebook buyers, it’s the cheapest way to get the whole series – effectively 3 novels for the price of 2. I won’t be making a paperback omnibus, though, as at around a quarter of a million words and a thousand pages, it would be an absolute whopper!

If you fancy dashing about the streets of London solving mysteries and getting into all sorts of bother, this is the series for you!

• A House of Mirrors

Meet Mrs Hudson: a young woman whose life is wrecked when her policeman husband vanishes on a routine case. Placed under protection by Inspector Lestrade, Nell Villiers is ripped from her old life and her own secret police work. Instead she must live as a widow, Mrs Hudson, in a safe house: 221B Baker Street.

With the case still unsolved, Nell vows to defy Lestrade and use her skills to discover what happened. She takes a lodger to cover her tracks; a young man called Sherlock Holmes. Before long, they are working together on Nell’s case. And as they work, their relationship – both professional and personal – deepens…

Soon there are two detectives at 221B Baker Street, not one. Nell and Sherlock must fight London’s criminal underworld, from street gangs to high-level espionage, and evade the enemies they make along the way. But Nell, a female detective in a man’s world, must also fight for her career and her independence.