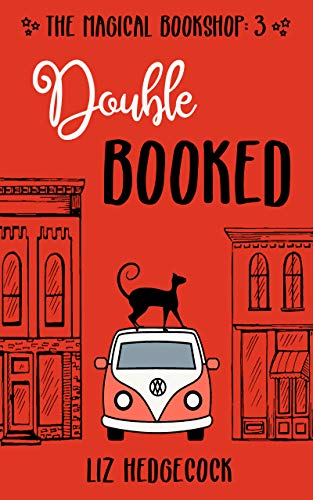 It’s taken me a little bit longer this time, but Book 3 of the Magical Bookshop series, Double Booked, is finally here! I had hoped to have this book ready to go at the end of October, but as sometimes happens, life got in the way.

In book 3 Jemma finally has a bookshop of her own to look after, and while that’s her dream scenario, she’s finding it a lot harder than she anticipated. In addition, she has some new responsibilities of rather a strange nature…

As usual, the book is available as an ebook and in paperback on Amazon, and via Kindle Unlimited. So if you like mysteries with plenty of humour and a touch of magic, why not check out the series?

A bookshop of one’s own…

Jemma’s dream of running her own bookshop is turning into a nightmare. She has plenty of ideas, but her assistant Maddy is resistant to the slightest change. Come to that, so are the customers. She’d turn to boyfriend Carl for support, but he’s wrapped up in an exciting new project.

To distract herself, Jemma gets involved in Raphael’s attempt to recruit a new member of staff — but that doesn’t go entirely to plan either, as his wider team turns against him.

Despite their best efforts, Jemma and Raphael are both struggling to cope. Can they work out what’s going on and get their lives back to normal before they run out of time?

Double Booked is the third in the Magical Bookshop humorous mystery series, set in modern London.

Check out Double Booked on Amazon

Add the book to your Goodreads reading list (and read the reviews so far!)

Grab a discounted copy of book 1, Every Trick in the Book (US/UK only)