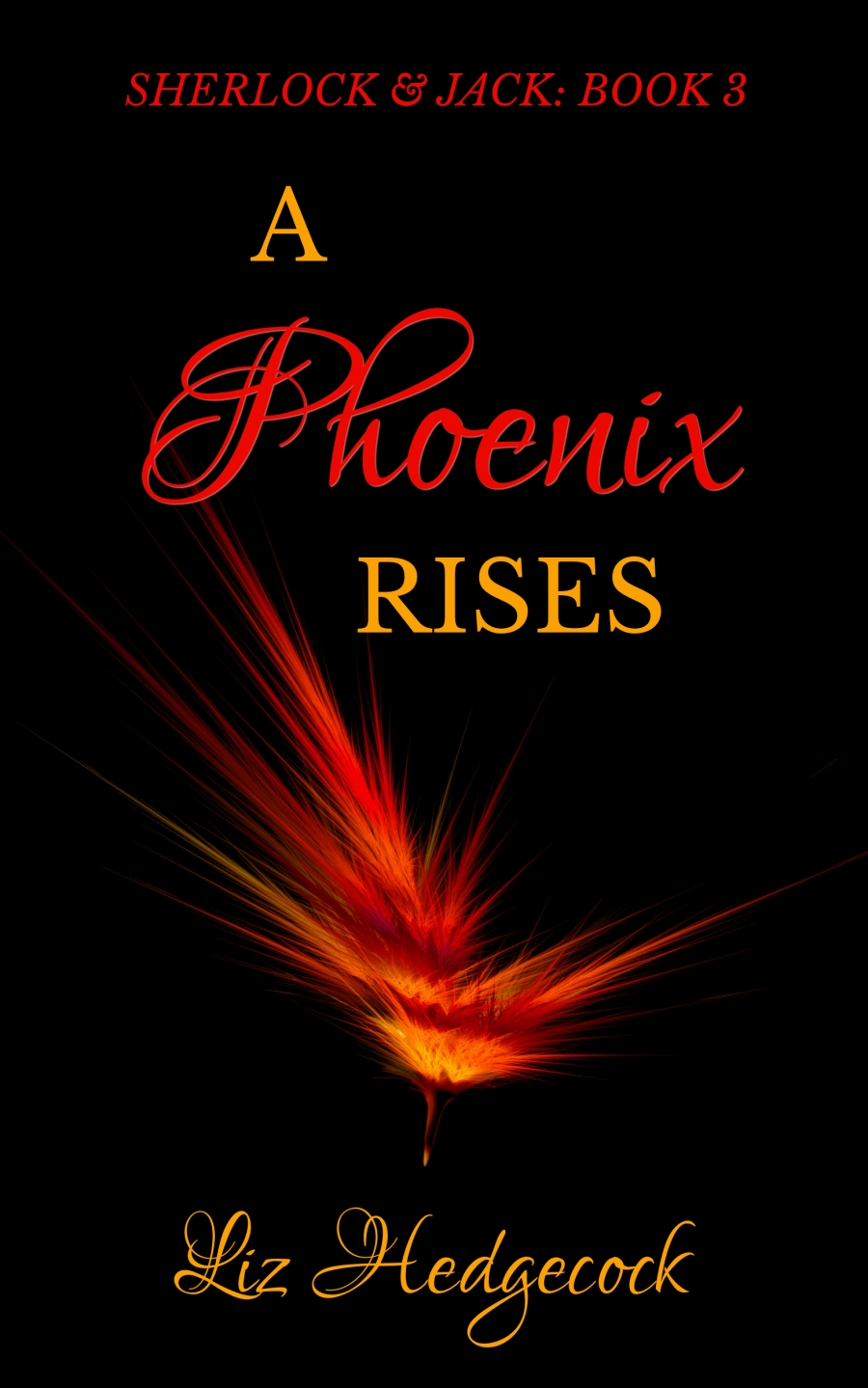 A Phoenix Rises, the third book in the Sherlock & Jack novella series, will launch in ebook on 1st January and is available to preorder now. It follows on, after a gap of three years, from the events of Something Blue. And yet again, Jacky finds herself drawn into the world of Holmes and Watson.

See A Phoenix Rises on Amazon

Now, you may have noticed that this cover looks quite different from the covers of the first two books in the series, A Jar of Thursday and Something Blue. Or at least, the original covers.

At first I didn’t intend Thursday to be the start of a series; I thought of it as an offshoot of my first book, The Secret Notebook of Sherlock Holmes, and so it had a similar cover. However, as the series has progressed it has moved further away from the feel of that first book, and I wanted to give it new covers which would better reflect its tone and style.

And here is the blurb for A Phoenix Rises:

Jacky Huggins only wants to cheer up the recently-bereaved Dr Watson. But when she accompanies him on a secret investigation into a kidnapping, she doesn’t expect to raise the dead.

Now Jacky is caught up in a cat-and-mouse game between an adversary who seems to hold all the cards and a detective who cannot come out of the shadows. And to make matters worse, Jacky is torn between her role as a wife and mother and the thrill of the chase…

Jacky longs to bring Sherlock Holmes back, but to do so she must find a way to help a man who won’t be helped — and risk her own reputation in the process.

How can Jacky reconcile friendship with family? And is it worth the risk?

So there you go – starting 2019 off with a bang! If you pick up a copy of A Phoenix Rises, I hope you enjoy it!

3 thoughts on “Coming on January 1 – A Phoenix Rises!”