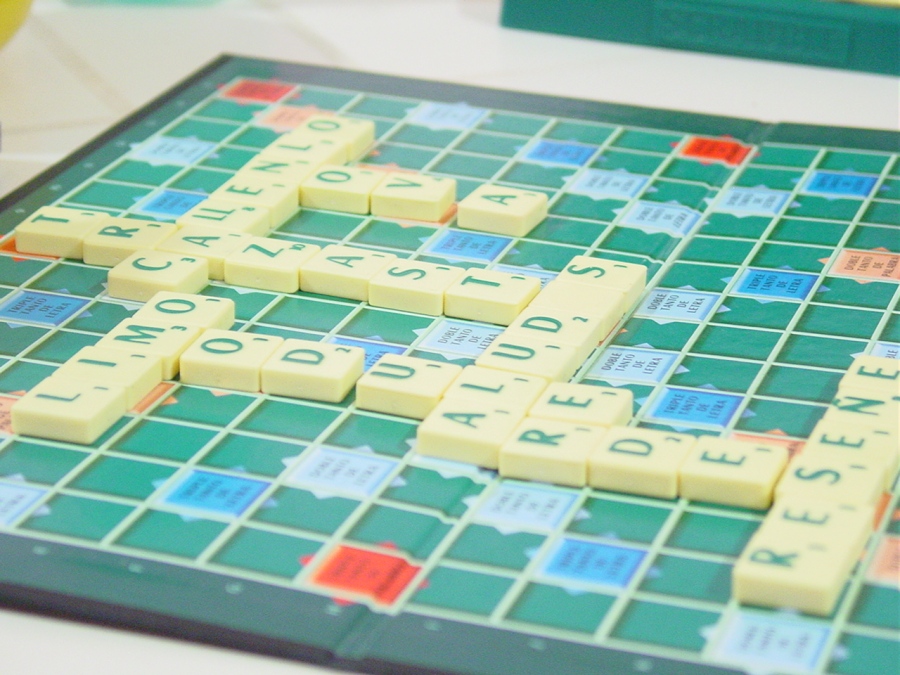 To be honest I had no idea that there even was a National Scrabble Day until I heard it on the radio this morning. However, now that I know I might have to mark it in the calendar. I wouldn’t describe myself as a Scrabble fiend, but I do like a game or two.

And now I have new opponents! Last Saturday the boys (8 and 6) wanted to play a game. We’ve played Monopoly quite a lot lately, so I assumed they’d want to do that. But then the older one said ‘Or Scrabble…yeah, can we play Scrabble?’

‘Yeah!’ from both of them. ‘What are the rules? Those tiles look like Bananagrams…’

I explained as best I could, and we got started. I have to say, for a first go, they did pretty well. They both used the bonus squares, and the big one did some impressive multiple word-building. No one cried, and they wanted to play again.

It brought back memories of playing with my parents when I was smallish. Mum almost always won because Dad was more interested in making long words, or words he liked, than going for the best score. Mum was a bit of a shark, going for alternative spellings, the lot. I thought about playing easy words with the boys, but then I remembered how impressed I used to be when Mum put something outlandish on the board, Dad issued a challenge, and it turned out to be a proper dictionary word.

I was too busy guiding the boys to concentrate properly, but I did get one bingo down (MOTIVATE, 80 points). While they said that that wasn’t fair because I knew more words, I could see the cogs turning all the while.

So tonight I have challenged the other half to a game. He plays online Scrabble, which I don’t really get on with, so this could be tricky.

The featured image is Scrabble by Emerson Posadas, and is reproduced by permission of Creative Commons license 2.0.